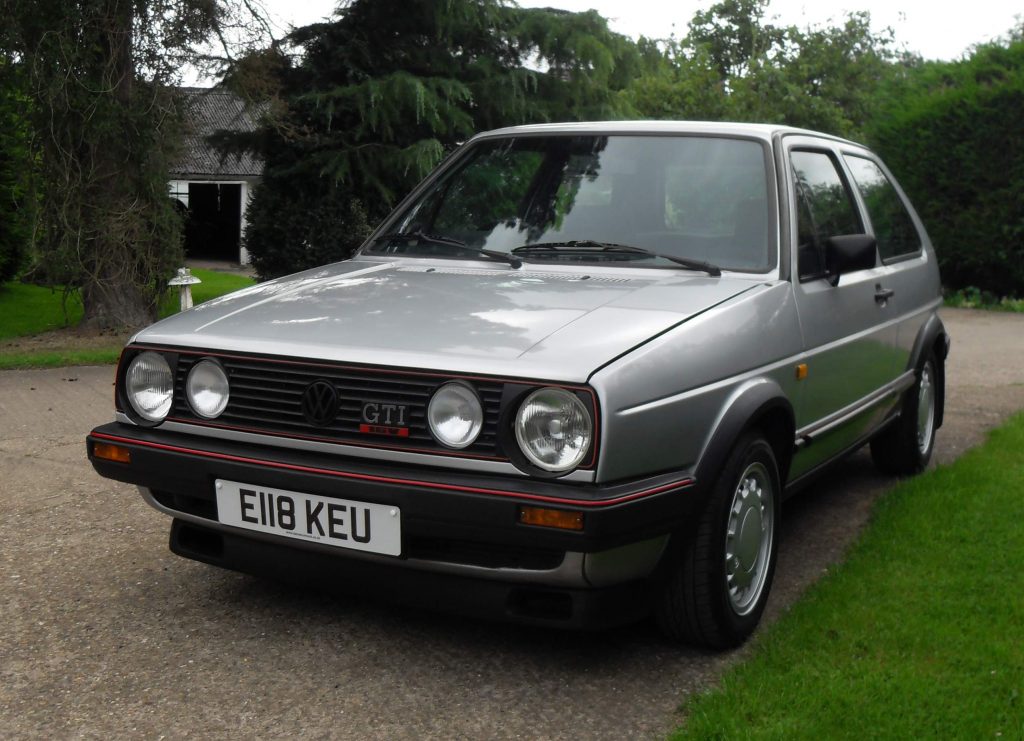 Us petrol heads love a good hot hatch, it’s been that way since the 1975 introduction of the Golf GTI. Now in 2014, over three decades later, there’s an insanely talented bunch of pre-loved examples readily available on the second-hand market.

The question is how hot can you go on a modest £3k budget?

The result of my search is square eye syndrome, excessive caffeine intake and obsessively used cars classified browsing disorder, but most notably, a top ten list containing some of the greatest hot hatches ever to drive this earth. And, here they are, the best cheap hot hatches under £3k:

Okay, so you’re probably confused right now, a hot hatch with a diesel engine? However, the Fabia vRS boasts a mighty 130 petrol powered horses and 2291b of torque and handles well on the straight and when thrown around the corners.

The problem is many have been poorly, and even distastefully modified, so finding a decent example will likely be a bit of a challenge. If you do manage to find one expect to pay around £2k – £3k.

An all time favorite of mine, the Fiesta ST was born a legend, packing a uber powerful 2.0-litre engine that kicks out 150 horses and hits 60 from standstill in 7.9 seconds. It’s an exhilarating ride that handles impeccably on the straight, but if you’re to throttle heavy in the wet the back end does have a tendency to fly out, which in a weird kind of way adds to the thrill.

The ST is definitely a looker, especially in frozen white with the optional ST Blue go faster stripes.

You can pick a decent specimen up for around £3k, though I’d probably suggest throwing in another £1k which should pay for the black leather/heated seats combo.

There’s no denying it, Peugeot are pretty damn good at throwing together a performance packed hatchback. When they first conceived the 206 GTI, little did they know they’d literally hit the nail on the head. It’s 2.0-litre engine kicks out a whopping 180 horses and makes a sprint to 60 in just 7.4 seconds, making it our second quickest car.

Boasting the obligatory sports styling in the form of a body kit and big alloys, it looks the part too, on the outside anyway. Park your bum in the driver seat and you’ll be presented with that good old Peugeot ‘Quality’, it’s a rather dull place.

Despite the poor interior, for just short of £3k it’s a fantastic buy.

We’re big fans of the great British mini at Motor Paper, so, when I cam across a Cooper S for a mere £2.5k I just had to include it. For your money you’ll undoubtedly have bucket loads of fun, fun and yet more fun.

Of course, you’ll also have to deal with its reliability, or lack of, then there’s the maintenance costs which are likely to add insult to injury.

However, you know what they say ‘focus on the positives’, and the Cooper S has plenty.

Under the scooped bonnet there’s a supercharged 1.6 litre engine that develops 170 break horse power, pre 2004 models have just 163. The Cooper S 170 is good for 60 in 7.0 seconds flat making it our hottest hatch.

The Suzuki Swift Sport is our most expensive and least powerful car, admittedly there’s no party piece, but it does what it does well, so well in fact you’d be crazy not to want one. It looks pretty snassy too, which is a massive step up from the ‘far from cool’ first generation Swift.

Under the bonnet there’s a 1.6 VVT, which kicks out 125 horses and works over time to propel the 3-door hatch ‘swiftly’ down the straight, hitting 60 from still in 8.9 seconds.

However, I had better come clean, if you’re hoping to acquire a Swift Sport for just £3k then you’ll probably struggle, expect to go over budget by around £1k.

Enjoying endearing popularity in its heyday, the post 1986, 16 V GTI is the oldest hatch on our list, so old it’s a classic. Bringing a 136 horse power producing 1.8-litre engine with a 0-60 time of just under 8 seconds, it’s not our quickest car, but it is one of the best all round hot hatches, of its time anyway.

The Golf GTI is the very car that defined the hot hatch sector, it’s a timeless classic that’s still popular today thanks to its image, build quality and entertaining drive. Given its popularity it can be hard to come by a good example, though with a spot of serial used car classifieds browsing you should be able to turn something up for around the £3k mark.

Now it may not be the best looking hatch on our list or even the most powerful, cheapest or reliable. In fact, it’s almost like Marmite, you either love the Civic Type-R or you don’t. However, when it comes to performance you can’t fail to love it, the Type-R demands a thrashing and handles surprisingly well no matter how throttle happy you are, be warned though, it’s a bit of a fuel guzzler.

Slated by all, but a handful of car journos, the Renaultsport Clio 182 is best described as pound shop chick. Other than a pair over over sized exhaust pipes, there’s little to distinguish it from a bog standard Clio, which means there’s little to get excited about.

Of course it wouldn’t be fair to simply dwell on the negatives. So, here we go with the positives, the key one being its affordability – low purchase price, affordable insurance and low running costs.

It also develops a mighty 182 horse power, which given its small size, makes it a pretty nippy hot hatch, overall it’s a thrill to drive. Given its universal slating, you should be able to pick up a decent example for just short of £3k.

The SEAT Leon 1.8 20VT Cupra might not be an obvious choice, but it’s a rapid hatch with exciting handling and a great exhaust note. It’s also a pretty neat looking car, though you had better like bright colours as most examples I came across were coated in bright yellow, green or white.

Under the hood there’s a turbo equipped 1.8-litre engine that kicks out an impressive 210 horsepower, which at the time of launch smashed that of the Clio, which had just 172 and the Type-R, which had 197.

So, with all that power, the hatch can hit 60 from stationary in just six seconds flat, while its top speed rests around the 139 mph mark. If you opt for a 2002 model, you should be able to pick up a decent example for just short of £3k

Firstly, don’t laugh before you hear me out. Not only does the MG ZS180 packs an almighty V6 engine that’s capable of catapulting it from stationary to 60 in just 7.3 seconds, it’s also the cheapest on our list.

Okay, so it may not be cool, what, with its old school styling and poor quality interior, but park your bum in the drivers seat and experience its thrills firsthand and you’ll be wanting more. You can pick up a MG ZS180 in decent nick for just £2.5K, if that doesn’t seal the deal then, I don’t know what will.