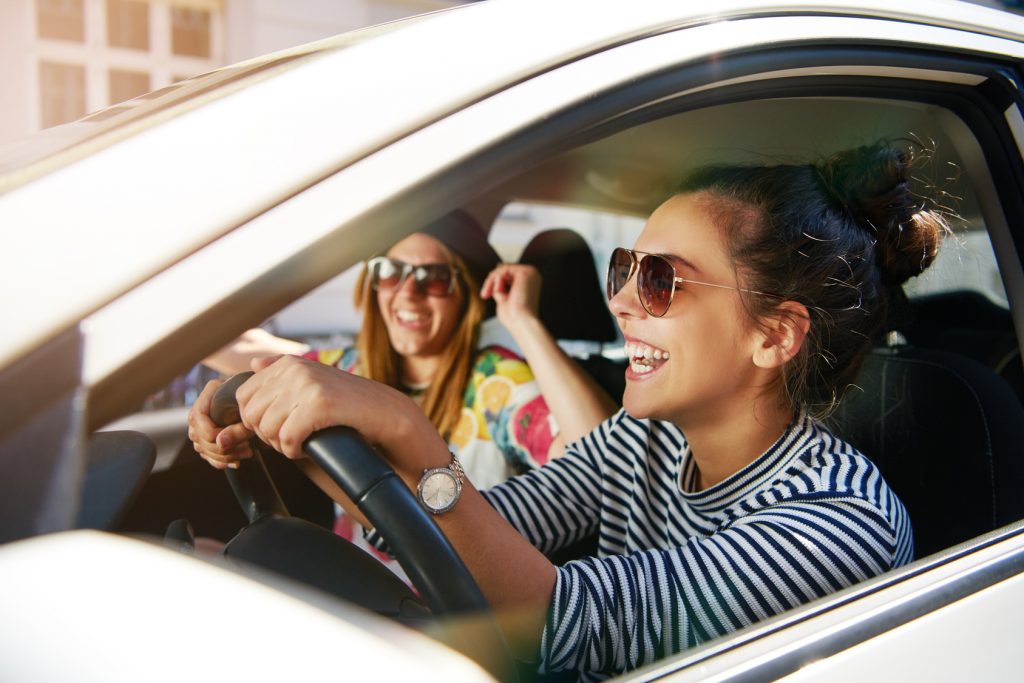 We all love a good joke, even us petrol heads and when it comes to motoring there’s literally boot loads to choose from.

Given that summer has come to a miserable end and there’s little more than dull rainy days on the cards, what better way to brighten up your day than a mega long list of car jokes and acronyms, 24 to be precise.

Ford – What’s the best thing about buying a Ford? They roll of the production line with the problem already circled.

BMW – What’s the difference between BMWs and porcupines? Porcupines have their pricks on the outside.

Fiat – What does the odometer on a Fiat show after clocking up 100,000 miles? Game over.

Kia – A man walks into a car parts & accessories shop and says “I need a gas cap for a Kia”. The shop assistant says ‘okay, sounds like a fair trade’.

Ford – How do you double the value of a Ford? Just fill the tank with fuel.

Skoda – Why do Skodas have electronically heated rear windows? So your hands don’t get cold when you’re pushing it.

Turtle Wax – Do you know why Turtle Wax is so damn expensive? Because turtles have really small ears.

Morris – What do you call someone who dances on cars? A Morris dancer.

Honda – How many people can you squeeze into a Honda? The bible said that all 12 disciples were in a single Accord.

Porsche – An unemployed man is on the hunt for odd jobs that he can do to earn some money. He knocks on his neighbors door, who answers and says “I’ll give you £50 to paint my porch. The paint’s in the garage next to the car.”

20 minutes later the man knocks on his neighbors door and says “All done.”

“You can’t be done already?” says his neighbor. “It should have taken you all day to paint.”

So, I’ve figured out how to avoid falling foul of parking tickets. I’ve removed my car’s windscreen wipers.

A man returns home from a hard days work and is met by his wife. She tells him that she has some good news and bad news about their brand new car. The man says, ‘Okay, give me the good news first.’ His wife replies, ‘The good news is, all the air bags works…’

I just bought a new car, which has a surround sound stereo. My wife in the front and my mother in law in the back.

Fiat – According to some Fiat stands for ‘Fix it all the time’. Originating from Fiats previous poor reliability record, though nowadays you can’t go far wrong when opting for an Italian styled 500 or Punto.

Ford – Renowned for their ST hot hatch series, in the eyes of their adoring fans, Ford stands for ‘First on race day’. Others say it stands for ‘fix or repair daily’.

BMW – If any car manufacturer has a stereotypical driver, it’s BMW and there are countless acronyms for the German manufacturer that align perfectly with this stereotype, these include ‘Bought my wife’ and ‘Born moderately wealthy’.

Porsche – Porsche make some fantastic cars. According to the acronym ‘Proof of rich spoiled children having everything’, many of these fall in to the hands of those lucky enough to be born into a wealthy family.

SAAB – I’ve never owned a SAAB and if I’m honest, I’m not their biggest fan, but I’m pretty sure there’s no truth in the the acronym ‘Swedish automobiles always breakdown’. A quick browse on Google turns up many positive owner reviews.

TVR – Once the world’s third largest specialist sports car manufacturer, the TVR is a small, lightweight car. I’m not aware of any major reliability issues with the TVR, so there’s no obvious clues as to where the acronym ‘Tow Van Required’ came from, nevertheless it’s a well circulated car manufacturer acronym across the many online motoring forums.

Honda – Honda is said to stand for ‘hang on not done accelerating’, which kind of reflects the Civic Type-R’s willingness to be be thrashed, throttle down it does 60 in just 6.4 seconds. It’s a might 200 horse power machine.

Toyota – Although Toyota we’re forced to recall some 2.27 million cars earlier in the year, their overall reliability record is pretty decent, but some far from enthusiastic individuals suggest that the Japanese car makers name stands for ‘the one you ought to avoid’.

Hyundai – There’s no denying the fact that Hyundai is a budget brand, but the idea that Hyundai stands for ‘Hope You Understand Nothing’s Drivable And Inexpensive’ doesn’t bare much relation to their cars of recent years. Hyundai are so confident in their build quality that they now offer a full five year warranty.

Jaguar – The acronym ‘Jags Always Guarantee Unlimited Astronomical Repairs’ is clearly intended to be a dig at the British marques pricy maintenance and repair costs of days gone by, nowadays such costs are far more reasonable.

So, there we are, a full list of 24 car jokes and acronyms. Have we missed any hidden jewels? Do you have a car joke that you’d like to share with us? If so, you’re welcome to drop it in the comments below.