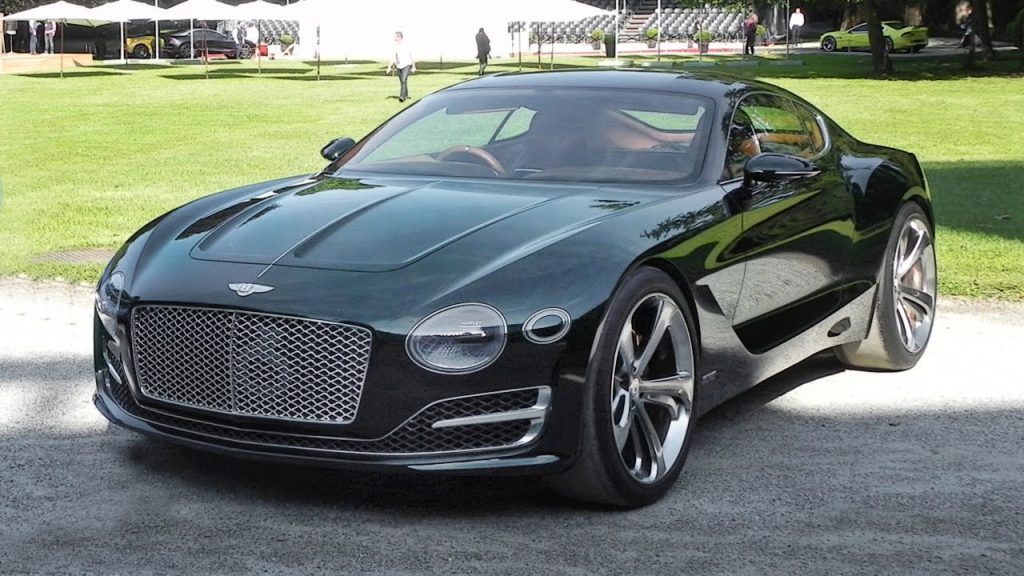 Bentley is a company that occupies an almost unique place in the market. Both luxury and sportiness are of equal importance to the brand’s cars, and that is unusual.

Perhaps that’s one of the reasons Bentley is doing so well – after all, most people in a position to spend over £100k on a car are unlikely to be very young, and so the luxury aspect becomes an increasingly important part of the equation.

Whatever the case, that’s Bentley’s forte, and that’s where the brand is continuing to go in the future.

But the company is very much intent on keeping up with the times, and to that end, design director Stefan Sielaff has revealed some key areas they will focus on for their upcoming models.

In this article hide
1 3D printing is the future
2 Leather out, eco-materials in
3 Screens and screens
4 Design
5 An autonomous future

3D printing is the future

Despite having been around for some time now, it’s only recently that larger companies have begun to think about using 3D printing on a larger scale.

For massive volume sellers, such as VW, it still doesn’t make sense – it’s far cheaper to have a large run of an item made through traditional manufacturing processes.

But for smaller companies, with much lower volumes (such as Bentley), the technology makes much more financial sense.

For instance, Bentley could integrate a 3D union jack in a door hinge with 3D printing, but using traditional techniques like milling and forging, the cost would be immense.

Similarly, they could produce intricate, detailed cabin controls, and a grille with far more structure and personality with 3D printed components.

Leather out, eco-materials in

Leather is a fantastic material. It’s durable, stylish, practical, and has been used by humans for thousands of years. But we live in the 21st century now, and technology has moved on enough that using the skin of dead animals is getting a bit outdated.

Not only but amongst younger buyers – particularly in California – it is unfashionable.

Like fur, it seems leather could be on the way out.

Aware of this, Bentley is investigating other materials which could replace the acres of leather they use in their cars. ‘Protein leather’ is one possibility the company is looking into (a type of artificial leather), along with various natural materials and textiles. Imagine the sort of thing BMW used in the i3’s interior, and you might get the general idea.

The screens used inside cars have changed from tiny monochromatic displays with about three pixels, to giant HD LCDs covered in glass in only a few short years.

That trend will continue, with any-shape LCDs now possible, as well as ultra-thin screens and even flexible screens.

The result is, in the Bentley of the future, there could be screens in all sorts of unusual places. For example, they’re looking at a flexible screen that could be integrated the doors, just under the window rails.

Quite what it would be is difficult to say at this stage, however.

The four round headlight units will remain a Bentley trademark for the foreseeable future, though with the more performance-oriented models (think Continental GT and Bentayga) sporting the outer units in a high-set position, and the more luxury-focused models featuring the lights in a low-set position, relative to the main light units (think Mulsanne).

The ‘power line’ that runs along the side of the cars will also remain, as will the rear haunches. And at the back, expect the rear lighting units to feature increasingly more complex versions of the Bentley ‘B’ signature.

Potentially, this may even use OLED technology in the not-too-distant future.

Inside, expect the EXP 10 Speed 6 concept’s interior to provide some clues as to the future direction of the company. That means ‘quilted’ wood is feasible, along with stone veneer.

Not really a surprise, this one, is it? Of course, Bentleys of the future will be autonomous. More than any other brand – aside from Rolls-Royce – autonomous technology makes the most sense here.

After all, Bentley owners are already frequently to be found in the back, being driven about.

Currently, it’s a chauffeur doing the work, but soon, it might well be software.

So that’s Bentley’s future. For the first taste of this vision, keep an eye out for next year’s Continental GT replacement…